The International Potato Center (CIP) organized a recent festival in Dushanbe, Tajikistan to raise awareness of orange-fleshed sweetpotato’s potential for reducing hunger and malnutrition in that country. Orange-fleshed sweetpotato is a resilient, quick-growing crop packed with calories and beta-carotene, which the body turns into vitamin A. It has played a central role in initiatives to improve the food security, nutrition and incomes of smallholder farmers in Africa and Asia.

The festival was organized under the Feed the Future project “Potato Production Support and Research to Improve Food Security in Khatlon, Phase II,” which is supported by the US government. It was attended by 31 representatives of government institutions and non-governmental and international organizations, among them the Food and Agriculture Organization of the United Nations FAO and the World Food Programme (WFP).

The event included presentations by Dr. Rusudan Mdivani, CIP Regional Leader – Central Asia and the Caucasus, about enhancing production and diversifying sweetpotato’s use in Tajikistan; sweetpotato scientist Sreekanth Attaluri, who spoke about CIP’s successful promotion of the crop in Odisha, India; and project manager Azamat Azarov, who presented a pre-assessment of the economic effects of CIP varieties and technologies on potato and sweetpotato production for smallholder farmers in Tajikistan.

Farmers from two regions of Tajikistan where CIP works offered the best of their sweetpotato harvests to participants, selling more than 500 kg of sweetpotatoes. Participants also had the chance to sample biscuits and other dishes made with orange-fleshed sweetpotato. The program offered opportunities for discussions, meetings and the exchange of experiences, leading to the establishment of new relationships between participants from different areas.

The festival was held in October of 2018 at the Atlas Hotel, Dushanbe. Russian and English were the official languages and simultaneous translation was available. Whenever possible, festival notices, documents and communications were made available in both English and Russian. 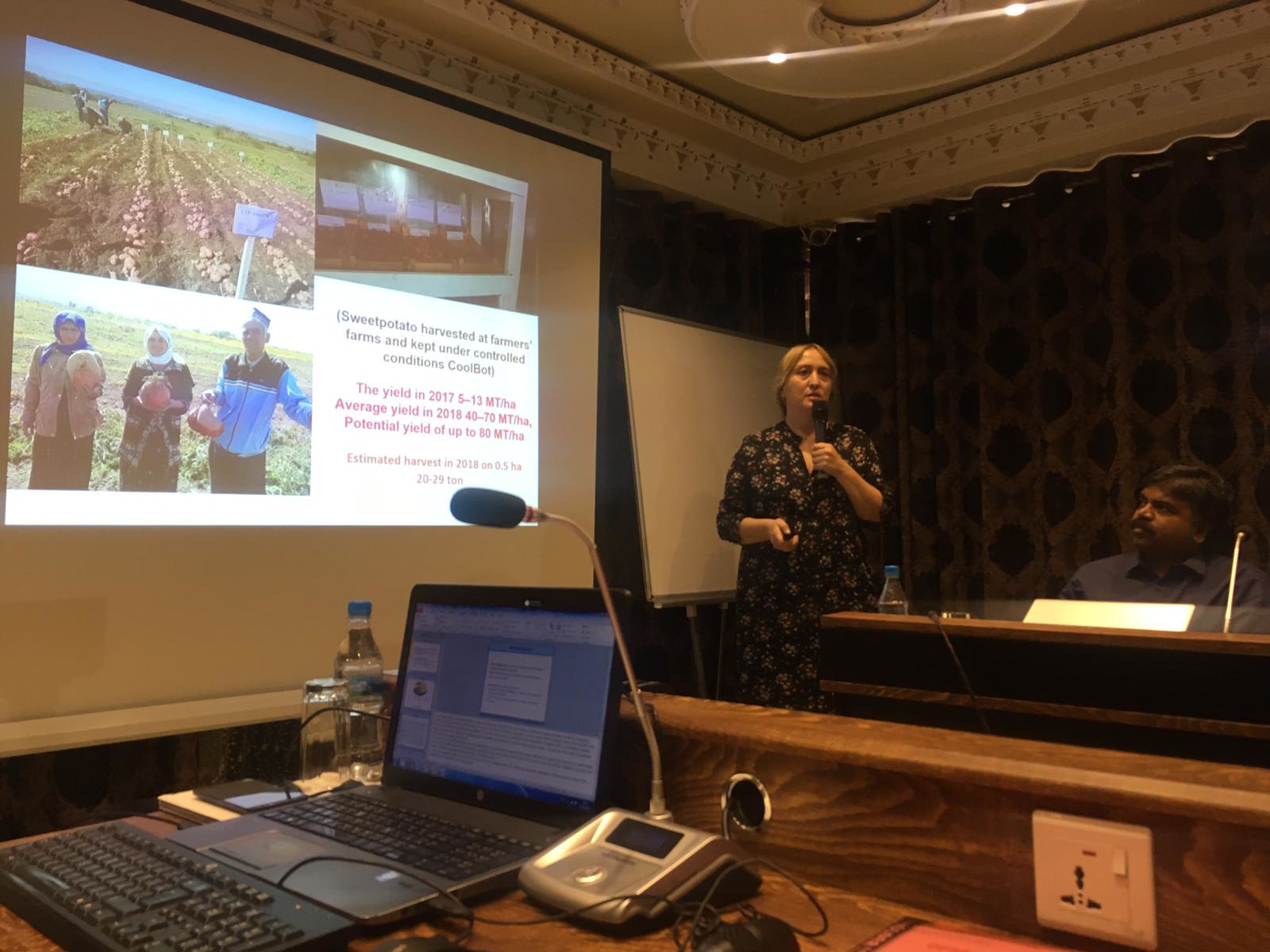